“I have a dream” are the most memorable words associated with Martin Luther King Jr., the man celebrated for having had the courage to act on his dreams, no matter how unfathomable at th 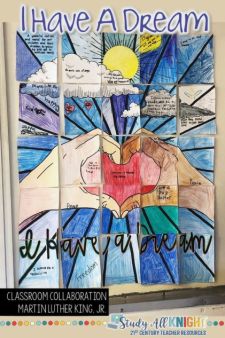 e time. Back then, in the 1960s, he was denounced as an extremist, as so many of us are when our dreams threaten the current establishment. But Martin Luther King Jr. was undeterred and his dream inspired a movement toward equal rights and human dignity for all men and women.

What was your dream as a child? What was so “out there,” so unfathomable that you dreamed of as a child that adults had to tell you it was unrealistic? What was that kernel of truth that you knew was right, that you knew honored life, love, and a vision of whom we could possibly be on this earth? What was that? And have you followed that, or have you let your cynical, rational, and weathered, adult mind dissuade you from living this?

While my novel, Child of Duende: A Journey of the Spirit, has been out in the world for several years now, old copies of earlier manuscripts sit on my coffee table. Lately, I perused through these pages and was surprisingly moved by the innocence of my 8-year-old character, Duende, and her determination to follow her dreams at all costs. I was also taken aback by my ability as an author to allow myself to be vulnerable enough to follow this young, idealistic voice. What a gift, I thought, to allow this child within to surface in a story destined for adult readers, and to give power to her inn 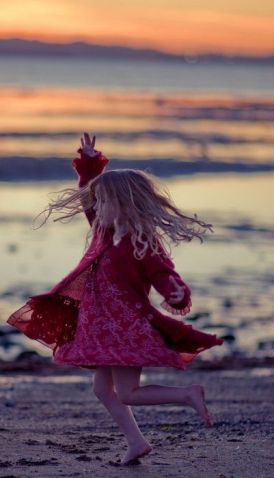 ocent voice in a cynical world.

Even as I wrote down Duende’s dreams, and was willing to take her through a crazy maze of circumstances to achieve them, I also wrote down the words of my skeptic adult, represented by another character, Lázaro:

“Why do you think, and so young as you are, that you can save the world, that you can change even one thing, when we have been suffering like this for millennia and always will?”

My adult character, Lázaro, who himself sought redemption through Duende’s dreams, represents our critical minds that continue to blow out the fire of our dreams. The dreams which we then forget about as we become adults. We forget what Paulo Coelho described as our “Personal Legend” in his extremely popular book, The Alchemist. It’s that dream, that path we are to follow if we are to truly feed the Soul of the World, as Coelho described it, and how my character Duende sought to do in my novel Child of Duende.

That night in which I read through earlier pages of my manuscript of Child of Duende and heard the echo of that childlike innocence in Coelho’s The Alchemist, I reawakened a precious part of myself. I felt that innocence and fire of my dreams to change this world, to make it a better place, rise within me. And I asked myself, “Why, why have we forsaken those dreams

we had as children, that immense wisdom that we once had that knows there’s a much better place than the one we’ve been born into? Why must we wait for people like Martin Luther King Jr. to lead us, or our younger generation today, like the Greta Thunbergs of the world, to tell us that we, as adults, are not doing enough and need to do more?

My novel, Child of Duende, came from listening to the voice of that child within me…from being injured and broken enough to shut out the voices of the cynical adult who had forgotten to dream, to feel love for this world and its possibilities.

And now, in the midst of winter here in New Mexico, with time to reflect on our heroes like Martin Luther King Jr. and those who aren’t afraid to dream, I invite all of us to listen again…to listen to that child within…the one who is here to feed the soul of the world with our innocent, daring walk toward our authentic selves. I also invite myself to continue writing and telling stories that aren’t afraid to dream and follow through on these dreams.

My Novel, Child of Duende: A Journey of the Spirit, is a story of returning home to the earth inside and all around us. It’s now available in Spanish as Niña Duende: Un Viaje del Espiritu, that’s available on Amazon at Amazon Page or at www.michelleadam.net. It was soon be published by the Spanish publisher Corona Borealis and the Portuguese publisher, Edições Mahatma. It can be ordered at a local bookstore or directly from me (for those outside of the U.S.) as well. Also, watch a brief video on “duende”, “the spirit of the earth”: YouTube Video

Michelle Adam is an experienced writer, teacher, and healer.  She recently published her novel, Child of Duende, after twenty-plus years as a magazine and newspaper writer. Her articles have appeared in The Hispanic Outlook in Higher Education Magazine; Hibernia Magazine, an Irish magazine; Vista Magazine, a Hispanic insert of major national newspapers; and multiple other publications.

Michelle has also been a photographer and artist; has taught middle school students Spanish for the past dozen years; and has worked as a healer and shaman. Michelle has created healing and teaching circles of song and sound, assisting others in awakening the spirit of the earth, “duende,” within them, and creating a space for the celebration of life.

...add an Event
...become an Author
...create an Advertising Listing
...navigate the Website

Events From the Blog Business Directory
This site uses cookies: Find out more.